For many years, Christina Rosendahl has been a very important player in the Danish film business. She was a student from 1995-1996.

Christina Rosendahl first had her breakthrough in 2002 with the music documentary 'Stargazer', about her little sister Pernille, struggling to get a record deal with her band, Swan Lee. The film was widely acclaimed.

After that, Christina made her first fiction feature, 'Triple Dare' - an honest, funny and daring story about three girls playing dare. This became proof of Christina's diversity and her ability to move safely in both fiction and non-fiction.

Christina Rosendahl's third feature film, 'The Idealist', premiered in 2015 after years of hard work and research. It is a political thriller about a dark spot in Danish history: the nuclear disaster at the Thule Air Base in 1968. The film won several awards.

Christina has always been a spokesperson for women's rights and for gender equality, both through her films and also in her job as head of the union of Danish Directors. And with her 2017 documentary, 'Violently in Love', she managed to stir up so much political debate, that emotional and mental abuse and violence is now considered a crime in Denmark, alongside physical violence.

At EFC, Christina became friends with fellow student Peter Albrechtsen, who is now an award-winning and acclaimed sound designer. The two still work closely together on all Christina's films. They are very close friends and have visited EFC together on several occasions.

Since 2020, Christina Rosendahl is also a member of the board at European Film College and continues to be a valuable ambassador for the school. 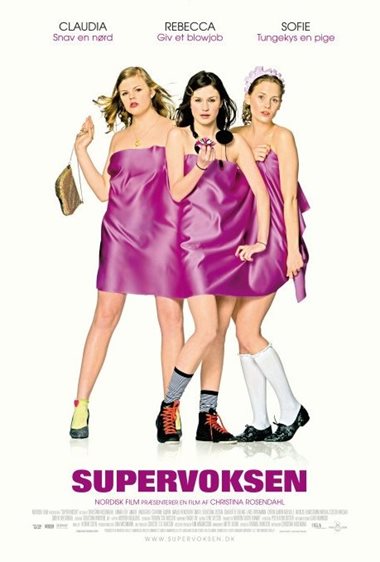 “This was where I for the first time built up the courage to say: I want to become a film director!”